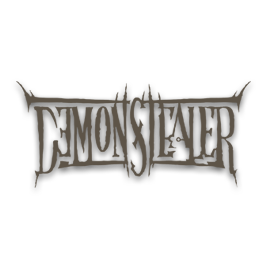 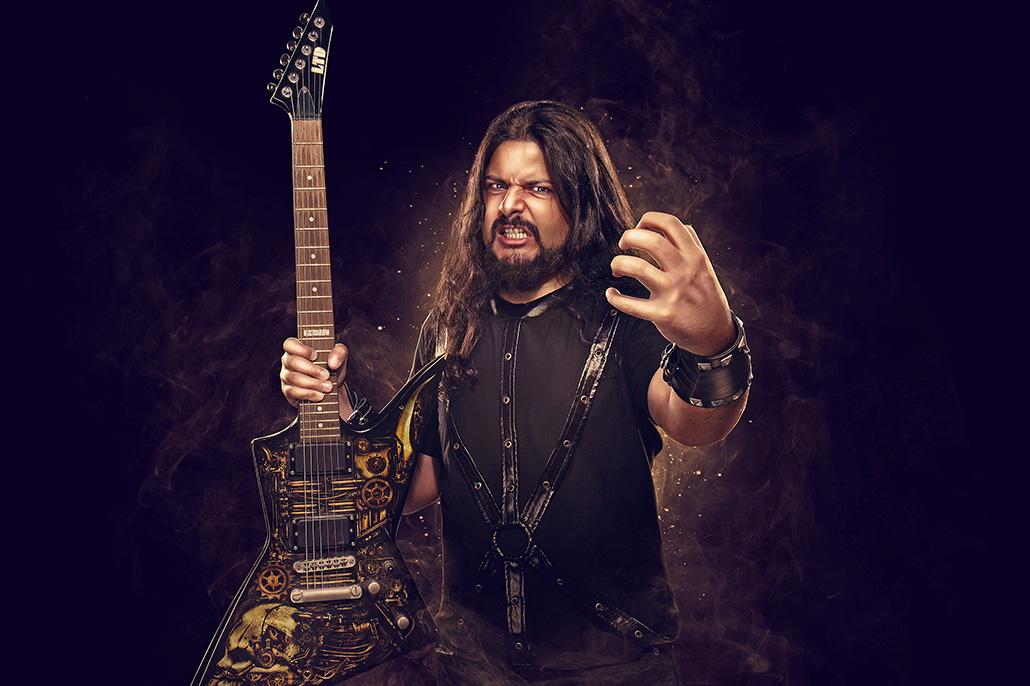 Sahil Makhija, better known as DEMONSTEALER has long been one of the pillars of the heavy metal scene in India. From being at the vanguard of a fledgling metal scene to becoming one of its most visible and respected proponents today, Sahil has been integral to the growth of the Indian metal community. In 2000, he formed Demonic Resurrection, one of India’s best known and biggest metal bands. Over the last 20 years the band has become one of the most recognizable faces of Indian metal, both locally and internationally. He also established the first recording studio dedicated solely to metal in 2000, and all of the country’s top metal bands today have recorded demos and albums here. In 2005, he launched India’s first metal record label, Demonstealer Records, with a roster that included the  best Indian metal bands. It also licensed and released the albums of bands like Behemoth and Dimmu  Borgir in the country. He also initiated and ran the Resurrection Festival in partnership with former Demonic Resurrection bassist Husain Bandukwala in 2004 that for years was India’s only  dedicated  extreme metal festival. Needless to say, all these have had a great impact on the local scene. Demonic Resurrection has released 5 studio albums, one live album and an EP in their 20 year career. They won the Metal Hammer UK Golden God award in 2010 for Global Metal. The band has toured UK and Europe and played prestigious festivals like Wacken Open Air, Sonisphere, Metaldays, Brutal Assault, Inferno Festival Norway and Bloodstock Festival. Demonstealer also formed Reptilian Death in 2002, a side project that initially played humour  infused  death metal, which later took a more serious turn in 2006. The band has released two full-  length  albums and an EP. In 2008, he founded India’s first comedy rock/metal band Workshop. The band has released two full-length albums. In 2011, he started India’s first heavy metal cooking show called Headbanger’s Kitchen. He began writing solo material under the moniker Demonstealer and released his debut album ‘And Chaos Will Reign’ on 19th June 2008, his birthday. The album was written and recorded in 19 days and everything was done by his right from the recording of all the instruments to the mixing and mastering. However his 2nd solo album would come almost 8 years later in 2016. Demonstealer had not only evolved as a musician and a songwriter, but also as a producer/mix engineer. His 2016 album featured George Kollias on drums, Ashwin Shriyan his then bandmate from Demonic Resurrection on bass and guest solos from Nishith Hegde and Daniel K Rego, both ex-DR guitarists. In 2017 he began his next solo release which was meant to be a 5 song EP, that featured multiple musicians but it soon turned into an album ‘The Last Reptilian Warrior’ which released in March 2018. The album featured 5 drummers, Kevin Paradis (Benighted), Romain Goulon (Necrophagist), Krimh (Septicflesh), Dan Presland (Ne Obliviscaris) and David Diepold (Obscura). It also featured 2 bass players Stefano Franceschini (Hideous Divinity/Aborted) and Arran McSporran (Virvum). And finally guest guitar solos by Mendel (Ex-Aborted), Rami H. Mustafa (Nervecell), Shoi Sen (De Profundis) and Yatin Srivastava (Yatin Srivastava Project). In 2020 Demonstealer began working on a solo EP once again returning to his roots and playing all instruments. The EP ‘And This Too Shall Pass’ released on 11th December was inspired by the COVID pandemic. It received great reviews from fans and critics alike. This release was quickly followed up with a single ‘Sic Semper Tyrannis’ in Feb 2021. The single saw a unique collaboration with bass prodigy Mohini Dey and jazz/fusion drummer Gino Banks. Demonstealer followed his 2020 EP with ‘The Holocene Termination’ in 2021 which featured a massive all star lineup of Eugene Ryabchenko, Fabio Bartoletti and Veronica Bordacchini from Fleshgod Apocalypse, Anton Zhikarev from Gorgasm, Jeff Hughell from Six Feet Under, Robin Stone from Norse, Nick Padovani from Equipoise, Simon Shilling from Marduk and Krzysztof Klingbein (Deathspawn). This was followed up by a remastered instrumental version of ‘The Last Reptilian Warrior’ in 2022. Now 2023 sees Demonstealer prepare a new album to be released under Black Lion Records.

SORROWFUL LAND – Faded Anchors Of The Past