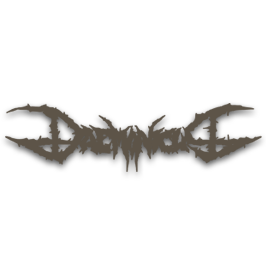 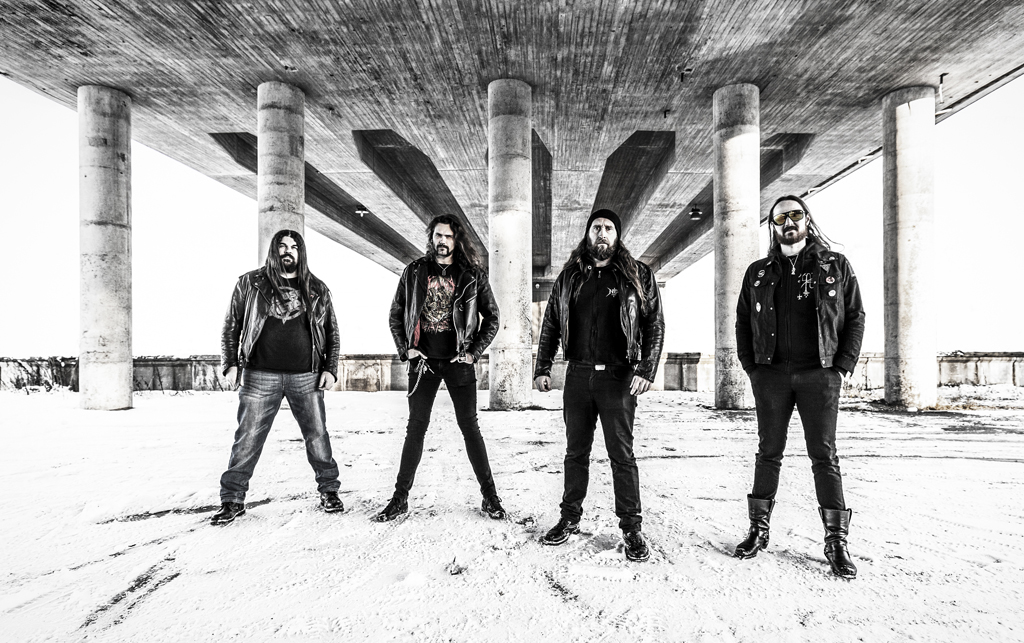 DAEMONICUS were formed in 2006 by guitarists PO Wester & Jörgen Persson together with vocalist Stefan Hagström. Their first demo – a four track slob of gore which possessed the name “Demon Inside” was a self-produced effort that recieved some good reviews in magazines & fanzines. In 2007 Daemonicus entered “Enhanced Audio Production” studio to record & later the same year release a second audio assault “Swarm Of Death” A three track demo which ultimately led to Daemonicus signing a record deal with “ViciSolum Productions”. By this time drummer Magnus Boström & and bassist Tommi Konu were already a part of the band when, Daemonicus in 2008 entered “Ballerina Audio” to record their debut album “Host Of Rotting Flesh”. Which saw the light of the day in the spring of 2009. Shortly after the release, bassist Tommi Konu left the band, so once again without a bassplayer Daemonicus decided to proceed with the planned recording of an EP. This time the recording were to take place in their own studio “Syndens Näste”. The EP, named “11th Hour”(2010) consisted of two new songs & two cover songs and the end result was chrushing & one small step closer the sound Daemonicus have been aiming for since the start. Before the EP had even landed though. A replacement for the bass duty had been found in Martin Pudas, who singed on in 2009 and has stayed on ever since. Daemonicus got their first taste of touring in early 2010. Playing shows all over the Balkans. The last gig on that tour in Sofia, Bulgaria. Turned out to be drummer Magnus Boströms last gig with the band before he decided to call it quits. His successor was shortly found in Johan Hallbäck who joined Daemonicus in May 2010. In the summer of 2011 Daemonicus started the recording of the next full length album, which once again took place in the bands own studio “Syndens Näste”. 10 new original tracks were recorded that summer and was later mixed and mastered by Ronnie Björnström at “Enhanced Audio Production” which had previously did a mighty fine job with the demo that got the band signed in the first place. Daemonicus returned to touring Europe again. This time as the opening act for
legendary Polish Black Metal band Christ Agony. Shortly after returing home from that tour Daemonicus were offered a deal with the American label “Abyss Records” so in the fall of 2012 “Deadwork” was released upon the world. “Deadwork” was very well recieved among critics and got amazing reviews. To promote the album, Daemonicus joined forces with Demonical and Groteskh and toured all over Europe once again. Allthogh some cracks in the band had been starting to form and would soon manifest. After returning home from the tour, guitarist duo PO Wester & Jörgen Persson decided to focus on their side project “Sanity Assassin” for a while. Recording & releasing an album and doing some gigs. Daemonicus was of course always the main band and new material had been taking shape slowly but brutally. Brewing under the paused surface. November to Dismember festival 2013 Johan Hallbäck, who had moved to Gothenburg earlier could no longer keep up travelling the long distance back and forth & he had to retire from the band. Even though replacing him was some mighty big shooes to fill, David Ekevärn did the job splendidly. Daemonicus continued to play some gigs here & there but due to conflicting personal lives it became a longer intermission which resulted in frictions within the band. This however never stopped the song writing process and eventually the new songs were finally introduced within the band. 9 new songs that had grown into a consept album with a story progressing along with the music. Drums were recorded & new photos were taken when in early 2019 Stefan Hagström left the band. This hit the band quite hard. But in no way broke them. Rearrangements within the band were made & PO Wester now handling both the vocals & the guitar. So Daemonicus now a quartet finished the rest of the recordings & Ronnie Björnström at “EAP” once again did the mixing & mastering
& really outdid himself with producing a monster of an album! Now that “Black Lion Records” & Daemonicus finally joined forces the release of
Daemonicus third album “Eschaton” is just around the corner. The end result this time is finally exactly how Daemonicus should sound & they couldnt be prouder of it. 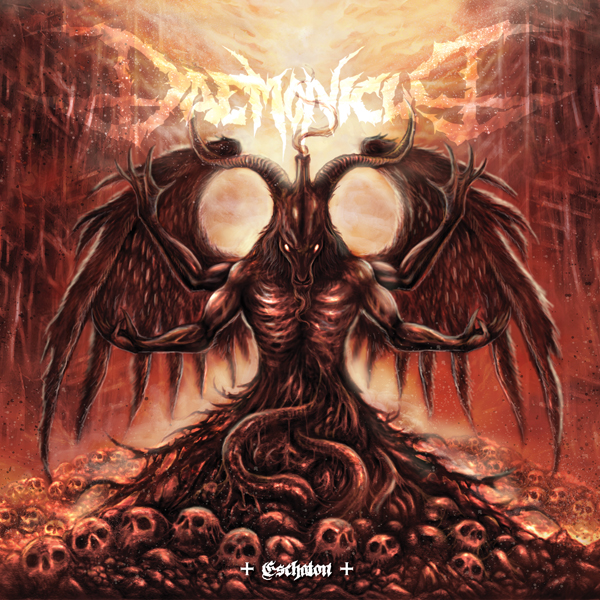 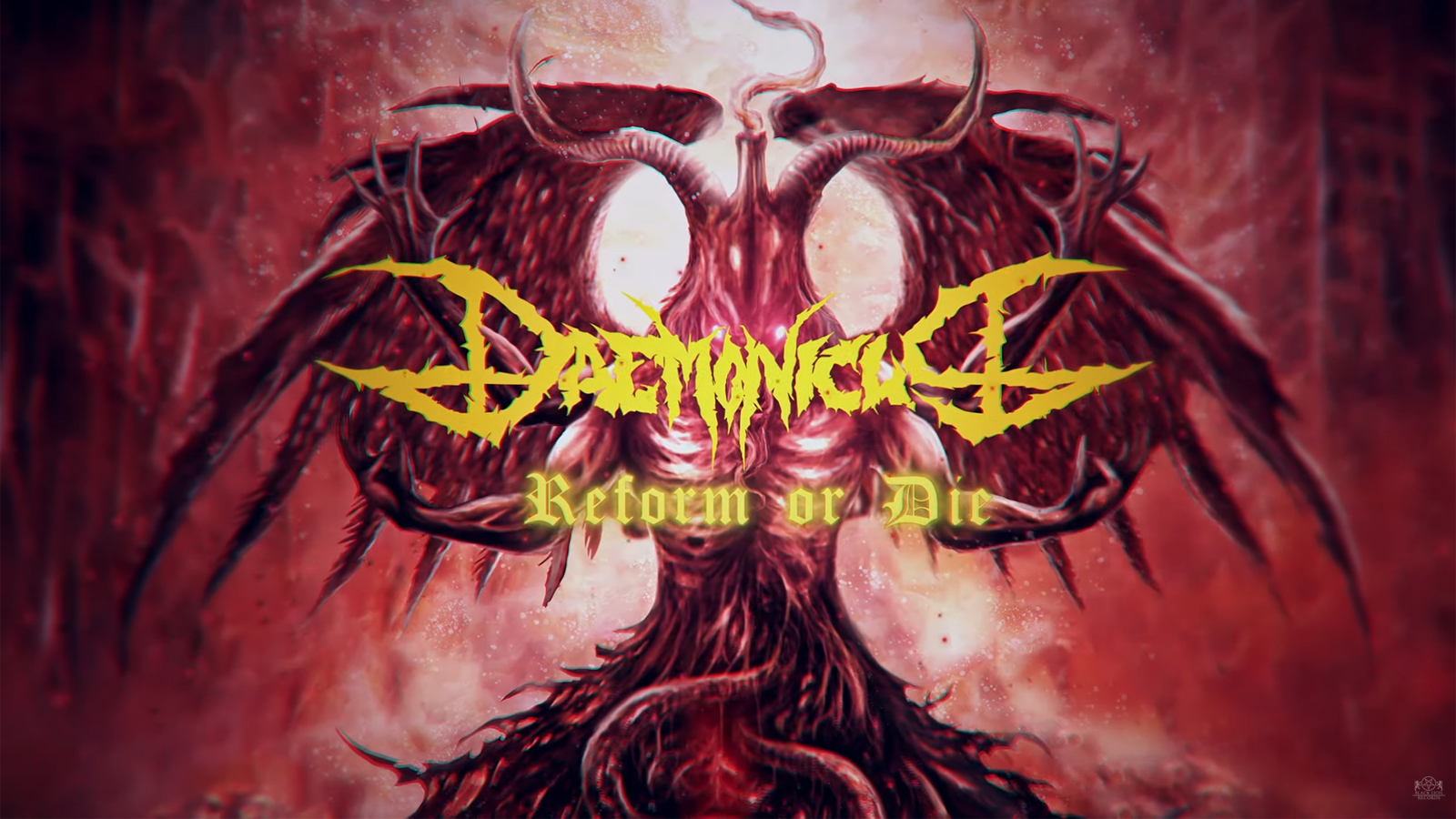 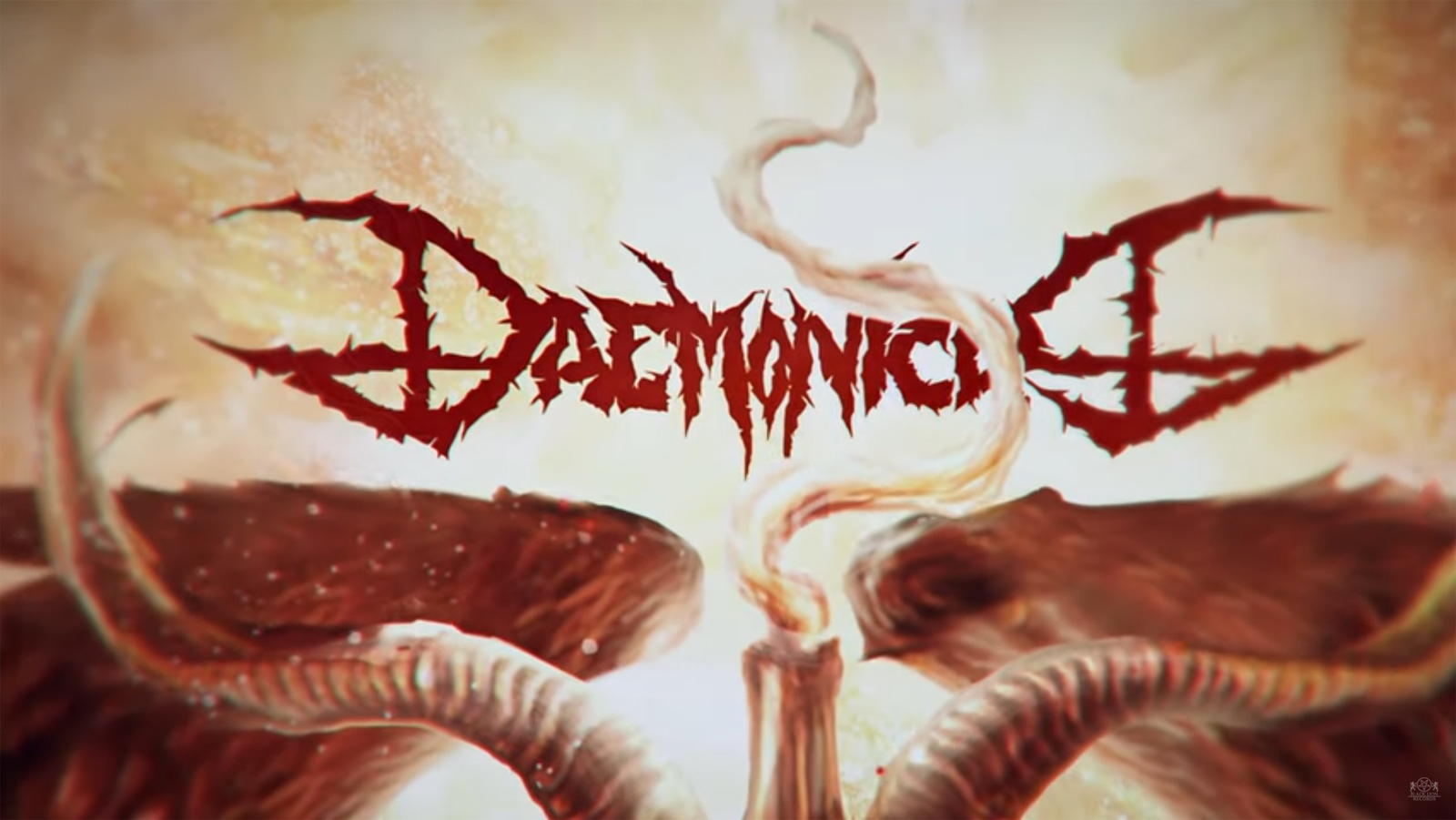