Rooted in Norse mythology,Caoíhim’s The Age of Wolves is a melodic journey through the ancient forests of the north.

“Víðarr” is a powerful ode to the bravery of Óðinn’s son. By killing the great wolf Fenrir, he avenges his father’s death and sets the world on a new cycle of death and rebirth.

Cecilie Langlie and Kjetil Ottersen’s voices bring the song to new heights of beauty and depths of despair. “Níðhöggr,” based on the evil serpent who feeds on the dead, is a reminder of the ferocity and sheer ruthlessness of the natural world. Cecilie and Kjetil’s familiar voices also grace this track, but now Andrew Malone lends his voice to the scream of Yggdrasil, as its roots are lacerated by the dragon’s fangs.

Recorded, mixed, and mastered by Tom Simonsen at the Secret Quarters studios. 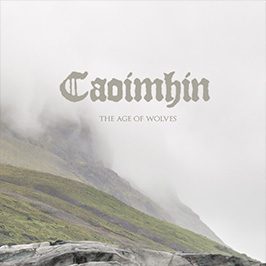